Having Agile Rituals vs. Being Agile

In the early 1900s, there was an undeveloped, isolated tribe on an island, disconnected from and unaware of the technologies in the modern world. Then everything changed during World War II when the Allies set up a temporary military base on their island.

The natives were shocked by the magical things that were happening all of a sudden, and among other things, they were delighted with the cargos that the planes used to bring. The military used to give away some of their cargo to these people.

It didn’t last forever, though. Once the war was over, the Allies left the island. There were no more gifts of cargo; but they wanted to go back to that golden age of cargo, so, they took action! They revived all the rituals that were associated with the incoming cargo planes: They built runways, towers, and mock planes, and started guarding the mock airport with fake rifles, and lit the runway with lights; all the rituals, and still no result. 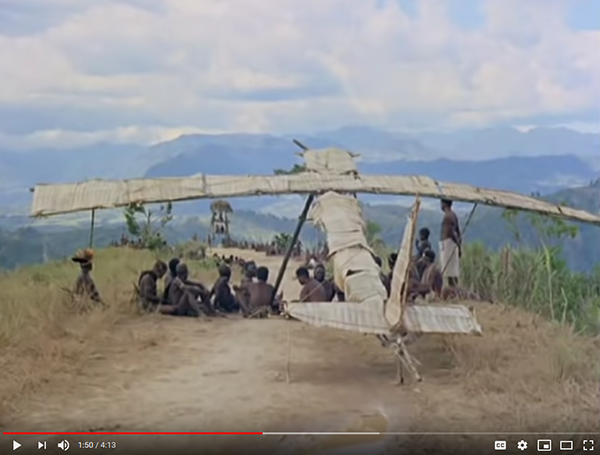 I got to know about this concept, known as the Cargo Cult, when I was reading an essay by Richard Feynman. He was concerned about what he called “cargo cult science”, which is something that seems like science but doesn’t have its substance. I immediately started thinking about what we do in our projects, and how much this concept applies to our approach to both adaptive (Agile) and predictive projects.

Think about all the schedules, business cases, project charters, and other documents that are prepared in predictive projects. These elements are needed to support a predictive, optimized approach to the project. However, they are only the means to the end, and they don’t work by themselves. For example, when we’re not really going to get help from a well-formed plan to optimize execution, but only have a formal plan that is continuously updated to match what happens in reality, we cannot expect to reap the benefits of the system. There will be no cargo; only the rituals.

Think of a Scrum project. A product backlog, a definition of done, sprint backlogs, sprints, sprint planning meetings, daily Scrums, sprint reviews, and sprint retrospectives do not in and of themselves make you Agile; they are just the means to the end.

In the same way that an airplane and the cargo it contains are the essence, and the rituals and facilities in the target simply enablers for that, there’s an essence to Agile, and the associated rituals and artifacts are only enablers. So, what is that essence?

The essence of Agile is adaptation: We’re not sure what type of product can succeed, and therefore, we keep building increments of the product, let people use it, and receive feedback; then using that feedback we will decide about the next increment. It’s similar to the way humans and other animals have evolved to adapt to their environment.

So, in your Agile projects, are you really adapting? Are you actively seeking the feedback that is generated by the product to decide what it should be? Is everything you do (rituals) and create (artifacts) support adaptation? If so, you’re fine, and you will reap the benefits of Agile. If not, your effort with rituals and artifacts is only as good as those natives’ effort in getting cargos.

Something that has been happening recently and is more worrying than the basic Cargo Cult is a “meta-approach” that even promotes Cargo Cult over the real thing. I’m talking about some people’s effort in “describing” Agile as something that is not possible to define; something that is about the “mindset” rather than something with a purpose and a specific approach.

While it probably has good intentions and is perhaps an attempt to prevent robotic approaches to Agile, it’s still very dangerous. It’s dangerous because it turns Agile into something mystical that cannot be described, communicated, taught, criticized, or audited easily (and instead needs expensive, long-term consultancy services); and it becomes a label by which people seek to justify their efforts in projects and to feel good about having a “system”. This, in turn, creates strong Cargo Cults that only care about empty rituals.

The concept of optimizing value that used to be essential in Agile projects has become something that people only talk about now, without trying to implement it. The idea of adaptation and the attempt to creating amazing products that match the needs and wants of a complex market is replaced by short-term thinking, lack of strategy, and ad hoc solutions.

The fifth principle of NUPP (Nearly Universal Principles of Projects) is strongly connected to the concept we reviewed: don’t do anything without a clear purpose.